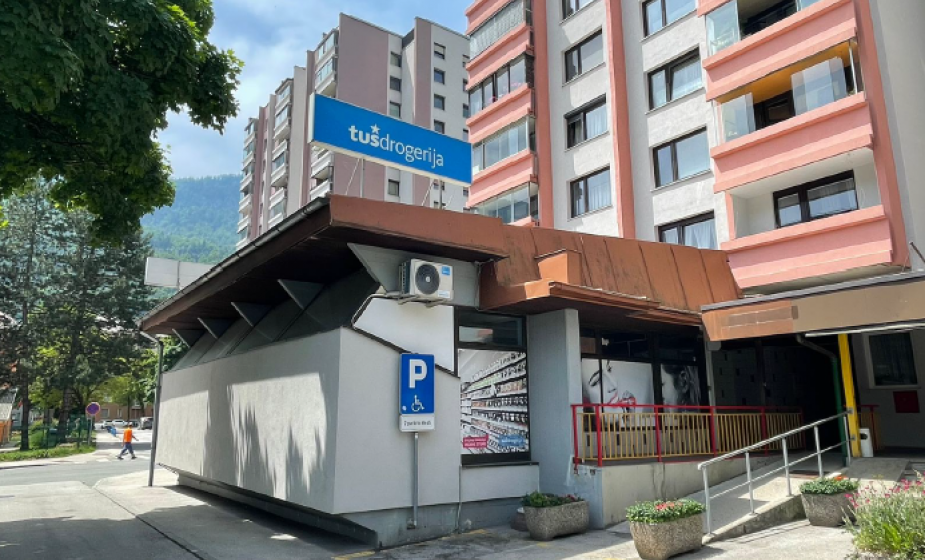 In Jesenice, a city in northwestern Slovenia, near the borders with Italy and Austria, a commercial space with the anchor tenant TUS Drogerija - part of the largest supermarket company TUS - is offered for sale. Today there are about 20 stores all over Slovenia of this brand.

The store operated during the pandemic, as the range of goods included in the list of essential commodities

Lease agreement has already been signed for 10 years with a further extension.

TUŠ is the largest company in Slovenia. After 29 years of work, it is one of the successful retailers. More than 3,200 employees, 260 business units, more than 3 million purchases per month. The company has received several awards for excellence in business, social responsibility and sustainability.

- The only drogery store in the area

Total payback when using bank financing will be 7,65%.

For the crediting period 20,71 years taking into account the repayment of the loan body and %, the profit will be 50.734,76€ through the period of 20,71 years the property will remain in full ownership of the investor with price of 350.000€.

By one-time expenses we mean single, occurring once expenses that you might require during at least the first year. This may be the cost of registration of your company (d.o.o.), agency fees, etc.

Agency fee
The price includes the full management of the transaction, the organization of inspections, bargaining, negotiation of contracts. Payment is taken after having the documents filed for the registration of property rights and the receipt and transfer.
3% + VAT
Property tax
Payment is taken in the case of buying commercial real estate with a tenant or residential real estate in the secondary market.
2% + VAT
State fee for writing property rights
Payment is taken depending on the price of real estate, usually does not exceed 1000 EUR.
Translation of documents
Basic translation/specialized/judicial
15€ / 30€ / 50€
Interpretive services
75€ / hour
Opening a company, getting a TIN
1.500€

By regular expenses we mean expenses that are periodically repeated from month to month, in general, these are expenses for taxes, accounting services and bank account maintenance.

Learn how to open a company in Slovenia

Explore the process of investing this property

We are here to make your investment safe, guarantee and easy.